When I started this blog, it was mainly written for people who were doing medical care for others with a terminal diagnosis. I had done this for years with my husband and I realized all of the emotions that came out of that and how I responded. I’ve grown through those experiences; made some big changes in my life. Whenever you go through a life changing event, you will change. Whether the change is for good or bad is up to you.

I personally grew my faith in Jesus, learning to trust in that faith in all situations. This is one thing that I would want for my readers of this blog. To learn how to take each challenge that gets thrown your way and give it to the Lord, keeping your faith, not only intact, but increased. Was it easy? Absolutely not. I would struggle with problems that came up and then found that the Lord always had a solution that I didn’t figure out.

A good example of this would be when Joe was reaching the end of his life. I had kept him home as long as I could, but the demands of taking care of him with the increasing medical problems was getting to be too much, not only for me, but for the aides that came to my house to help take care of him.

A nursing home seemed to be the only answer to the problem. Joe was so against this, it took a while for me to convince him that it was the answer. He had ended up in some rehabilitation centers after surgeries that were just plain nasty. I could see his hesitation and so embarked on finding a decent place that wasn’t too far away. I found that most nursing homes had waiting lists and there were certain protocols that needed to be followed. The waiting lists were usually six months to one year long. I knew we didn’t have that long.

I left it up to the Lord, but I continued to contact places and my son and I would take tours. We made a list of the ones we liked and hoped that an opening would happen. If not, then we would continue as we were. It was the Lord’s choice; no opening, Joe died at home; if there was an opening, then he would go to the nursing home. I didn’t stress over the decision, just put in applications and just kept on as we were.

Within two weeks I was called by one of the better nursing homes, saying that they had space for Joe. I was floored. This particular one stressed that they had a huge waiting list and it was doubtful that Joe would be admitted there. They seemed to make a point of saying that. We moved Joe in as soon as we were able and he did die after about two months of moving in. They were wonderful with both him and me as the caregiver, keeping me up to date on his condition as it worsened. It was one stress off of my life that I badly needed. I knew he was being taken care of.

Giving the decision to the Lord was less stressful for me and Joe ended up in a good place that took excellent care of him. Leaving decisions up to the Lord was a hard lesson to learn, but I have never regretted it. As I walk through my life today I still hold on to this faith and look to the Lord when decisions are to be made.

My father was a recovering alcoholic and he spent a good portion of his time later in life attending AA (Alcoholics Anonymous) meetings. He never cared about his “anonymous” status and would tell anyone that he was a drunk, just one drink from a bender.

From his recovery in AA, I came to know the Serenity Prayer. Every meeting is started with this prayer (at least they used to!) and it is (or was) a staple of life recovering from alcoholism.

One day, I took a really good look at this prayer. Oh, I knew it, could recite the first four lines by heart. That is all of the prayer that AA used, but they are powerful. This prayer kept me sane while I was taking care of Joe and I came to depend on it.

God, Grant Me The Serenity… who doesn’t want serenity? Have you ever had the kind of peace and serenity that only God can give? I have, several times, and each time I know it’s not me that caused the total and utter peace within.

Early in Joe’s medical history, he had a pretty serious surgery. He would end up having three extremely major surgeries, all of them lasting 10 hours or more. This was the first of those surgeries. He was to have a craniotomy and a biopsy done on a small tumor that showed up in a really bad place. It was in the place in your brain where all of your nerves gather to form the spinal column. Tricky surgery. Then, once the neurosurgeon was finished he was going to be passed on to the plastic surgeon to try to fix some of the scalp and skull that was rotting before our eyes. Yup, Joe was going to get a “twofer”.

Of course we had to get to the hospital before sunrise. I kissed Joe and off he went. I was very nervous about this surgery. Little did I know at the time that I would become a champ at sitting in waiting rooms. I was feeling really nerved up, so I went outside to walk around the hospital campus. While I was outside I was just praying for Joe and the doctors and nurses taking care of him. Suddenly, in my “minds eye” so to speak, I saw an operating room with someone on the operating table and doctors and nurses all around. I couldn’t see faces, but I knew it was Joe on that table. At each corner of the room was an angel. Then I realized that angels were watching over the operation…. I was floored and a peace came over me. My anxiety just kind of floated away.

I know the kind of Serenity that this prayer is mentioning. There are many times in my life I have called on God and requested this Serenity and usually He will bless me with peace.

More on the Serenity Prayer next time…. 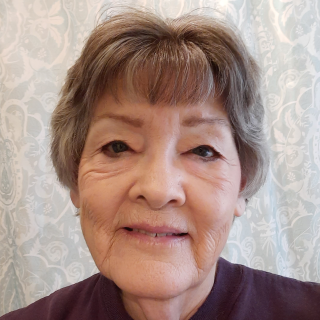